JERSEY CYBER STALKING - PART 1 - OUR STORY WILL BE TOLD. 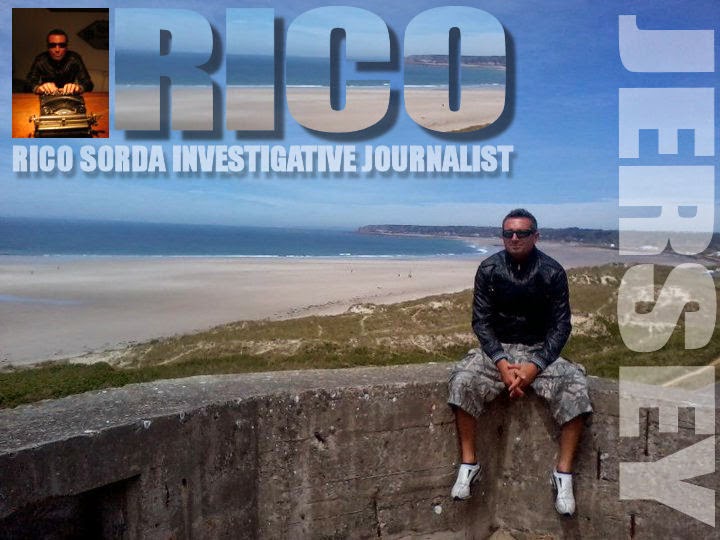 Over the coming weeks I will be explaining to my readers the actions I had to take to try and protect my wife. Everything I do and say on my blog is my opinion based on research and fact.  My wife is not political, does not contribute to my blog and simply gets on with her own life.  So why she should become a target of a  Jersey Cyber Stalker is beyond me. Or, does he see her as my Achilles heel? If he did, then that was a mistake on his part. One of many that he has made.

Having got married in September 2013, I decided to change my Facebook picture. Having kept my wife away from someones prying eyes for years I decided to put a picture up of us getting married. That was a mistake on my part.  She was identified and then it started. October 2013 the comments started coming to my blog - anonymously of course.  Vile comments. This time I just took stock. I then acted. Kept it quiet. Did what I do best. Investigated. Time to tell our story.

I had to wait for permission to come through before I could start explaining what has gone on. This has now been obtained. There will be a Guest Posting coming up in part 2 or 3.  That person, along with myself, will be explaining on camera exactly what has gone on. No, it will not be my wife for all the above reasons.

Not long after getting married my wife became pregnant. She became very ill during her pregnancy. This was a worry to all of us and a very dark time.  But still the stalker carried on. Still the Stalker hiding behind anonimity and his multiple fake Facebook accounts carried on. On June 23rd 2014 our baby was born safe and well. That was the greatest feeling in the whole world.

Now I can focus on the Stalker.

I have had enough.

Everything has been put in place. Even if you think about sending more emails - we are waiting. Who did I get permission from to do this I hear you ask……. wait till Part 2 for the answer.

What a story we have coming.

How many chances did I give you? How many times have I asked you to come down the police station and sort this out?  You might still get one more chance.

Cyber Stalking is alive and kicking in Jersey. It can be mainly found on a Facebook group called Politics Jersey With Free Speech.  I will be honest. The Fake profiles on there,  ones such as Sue Young - James Pearce etc have been used to harass but were only a small part of my investigation. No. I had to go beyond the screen. I had to go to the fingertips and then start the journey up. Only then do you start finding the answers. Computers aren't to blame. Its the people operating them.

Here are my previous two postings on the subject

3.8 Deputy M.R. Higgins of the Minister for Home Affairs regarding the States of Jersey Police internet investigations into cyber bullying complaints:
Will the Minister give Members an update on the work of the police internet investigators who took up their post on 31st January 2014 and inform Members how many cyber bullying complaints have been received since the beginning of 2014 and how they have been dealt with, including how many prosecutions have been brought against the perpetrators of these acts and the penalties imposed on those convicted of an offence?
Senator B.I. Le Marquand (The Minister for Home Affairs):
The States of Jersey Police internet investigator has been actively involved with reports of cyber bullying - currently recorded as harassment - and has also assisted in a wide range of other cyber-dependent and cyber-enabled crimes reported to the organisation - for example, drugs importations, assaults, road traffic offences and sudden deaths, et cetera - and in the development of online intelligence, thereby helping the force to most effectively prioritise their work.  This particular role is linked to the continuing force-wide development of all cyber-related matters, a theme that features as a high risk, high harm focus within strategic assessment and one that continues to increasingly impact upon all areas of policing.  Since 31st January 2014, the States of Jersey Police have recorded 9 criminal reports of either harassment or bullying over the internet.  Of these 9 allegations, 3 of the alleged offenders received words of advice from the police.  In 2 others, harassment notices were served.  Two offenders were charged and prosecuted with the offence of harassment, one receiving a 12-month binding-over order, the other a 6-month binding-over order and a 2-year restraining order.  The other 2 cases are currently under investigation.
3.8.1 Deputy M.R. Higgins:
A supplementary.  Just looking at his previous answer given to Deputy Trevor Pitman on 10th December, I see he has included some of those figures, which happened in the 6 months prior to the investigator coming forward.  The Minister has just said that this officer has a range of other duties.  Cyber bullying is a particularly horrendous offence.  It has led to the death of a number of people in this Island.  Does he not feel that it should be highly prioritised given the damage that can be done?  What can he tell the States about a prolific offender who has been repeatedly reported to the police who has yet not been brought before trial, a person who brought, with others, a data protection complaint against former Senator Stuart Syvret?  That person is going around this Island causing all sorts of mayhem, going to employers, telling them that people have committed all sorts of acts and so on, and yet the police are taking no action.  So, 2 questions: should a cyber investigator first of all be giving a much higher priority to cyber bullying and, secondly, what can he tell us about this prolific offender and the lack of action?
Senator B.I. Le Marquand:
In relation to the alleged prolific offender, I know absolutely nothing.  It is not my role as Minister to get involved in operational matters.  Indeed, since we now have a Police Authority I am even further removed from operational matters and my role is setting policy and priority.  I recognise and have recognised that there is a priority area and hence why this role has been set up, but hence my fairly lengthy answer to demonstrate this is not just a question of employing one person who is going to play a particular role.  We are trying to change the culture of the police force so that there is a general awareness.  In the last 6 months, a States of Jersey Police cyber policing strategy and action plan has been developed under the chairmanship of the Superintendent of Crime Services.  A programme of work subsequently commissioned involves all members of the organisation.  Partnership working features heavily in the plan.  One area of particular relevance has been the development of appropriate legislation to cater for those instances of grossly offensive or abusive messages that are not captured by current harassment legislation.  That work is being led not by Home Affairs but by Economic Development, however supported by the States of Jersey Police and the Law Officers’ Department.
3.8.2 Deputy M.R. Higgins:
It is all very well the Minister ... in fact, he has answered a question on this before and he has mentioned that Economic Development is leading on this and earlier he expressed dissatisfaction at it.  Is the Minister pleased with the progress of the work of the Economic Development Department and how soon does he expect legislation or new policies to be brought forward?  In fact, can I ask one other thing ...
The Bailiff:
Well, no ...
Deputy M.R. Higgins:
No, it is in answer to his question.  He said that they had come up with a strategy.  When is it going to be on their website so we can all see what the strategy is as well?
Senator B.I. Le Marquand:
I have not seen the draft strategy myself and will be interested to look at that and to see that finalised.  In relation to the piece of legislation, I have previously expressed disappointment that it was not Home Affairs who were running with this as a priority because the danger is with it being with E.D.D. (Economic Development Department) that it will not get the same high priority as it would have been given by Home Affairs.
Deputy M.R. Higgins:
I did ask the question was the Minister satisfied with the progress of E.D.D. at the present time.
Senator B.I. Le Marquand:
I am unaware of the progress they have made, in fact.  They have not been talking to me about it.
Posted by rico sorda at 10:05 AM 77 comments: