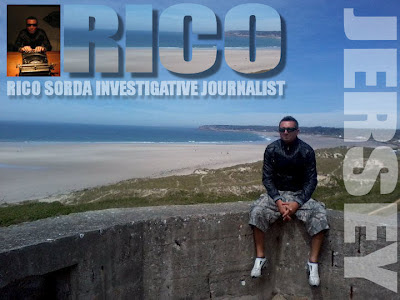 As we plod along to election day my rather small mind started to turn towards Reform Jersey. Now, before I start, I want to say that I hope Reform Jersey do really well at the ballot box on May 16th.  The Constable Party can't be allowed to have it all there own way. 10 Constables returned un-contested  - 1 Constable returned by the Royal Court in what can be best described as a shambles - not by Reform Jersey I might add but by the administration  at St Brelade Parish Hall ( I heard that the the person who made the complaint is no other than Mike Jackson's partner but I hope that is just a case of classic Jersey hearsay and not in anyway true)  We are then left with the good parishioners of St Mary to actually elect a Constable (a re run of 2014) and have us up to the early hours  of the morning  listening intently to the wireless as they count and re-count 60 votes. This is what makes  a Jersey election special.

Back to Reform Jersey.

Reform Jersey have been the opposition Party in the States. I know there has only been 3 of them. Deputies Mezec, Southern & Tadier and they have done their best at holding the executive to account ( Not forgetting the Andrew Lewis faux pas.) but what exactly is the plan after the election? The problem I have is with Sam Mezec going for Senator.  Again, I wish him well. I would be shocked if he did not get elected - but why Senator? I take it that he wants the Island Wide mandate to put himself in a strong position for a Ministerial Position but surely Reform Jersey must be the government not a  part of the government. They don't have enough experienced candidates to come in and take the big positions. They need to get as many candidates  elected as  possible and then build a power base ready for the 2022 election. What happens to Reform Jersey as an opposition party if their Chairman is sitting in the executive as a Minister? I don't quite get it. Now I might be getting this all wrong and Sam has no intention of a Ministerial position but I'm sure I read somewhere that he is. I looked forward to getting some comments regarding this issue. Again, I wish them well. Build now for 2022.

The Hustings are underway. This is a special event on the OAP calendar. Off they go to the Parish Hall thinking that they are going to get  Billy Ocean but instead get Stevie Ocean uttering the  same old pointless nonsense that he  uttered 4yrs previously. He is not alone. They all do it. Senatorial Elections are not won or lost at Hustings. You will find the odd young person sitting in the crowd wandering how the hell they ended up there and how the hell do the get out of there.

Then you have  the St Clement Hustings. All the candidates think that the oldies have turned up to listen to  them waffle on when in fact they have only turned up to hear  Constable Len Norman deliver his ageless and timeless one line  gag. "Welcome to St Clement. God's own Parish" . They laugh, they cheer then they pop the pills as they realise it all down hill for the next 2 hours.  This is what makes the Jersey Election Special.

Also, word on the street is that Moz Scott who is running in the Senatorial Election is the Establishment Plant. After listening to her speeches I'm like her in that I don't have a bloody clue if she is or not.  Ben Shenton has his work cut out with that one. Will probably top the poll. This is what makes the Jersey Election Special.

THE 2018 JERSEY ELECTION - THE RESULTS FOR SENATOR ARE NOW IN. 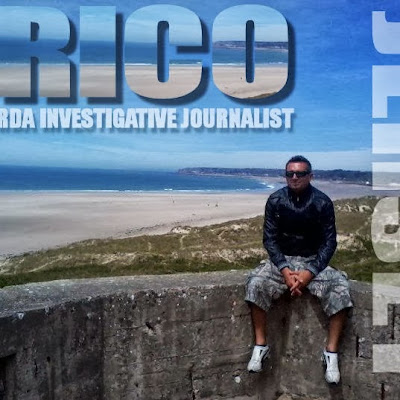 The results for the 2018 Jersey Senatorial Election are now in. They are produced below in no particular order..

Ian Gorst topped the poll in 2014 with 14,000 votes. I expect his challenge for top spot will come from Tracy Vallois who I expect to be our next Treasury Minister. The position of Chief Minister has to be Ian Gorst for the simple reason as I don't see any other candidate capable of doing it. He needs another 4yrs to implement all the recommendations of the Jersey Care Enquiry.. If Tracy Vallois doesn't fancy the Treasury Job then she might well go for the top job - why else go for the position of Senator? You only really need an Island wide mandate for one of those two positions.  Deputies and Constables have been Minister previously.

Kristina Moore must also be eyeing something a little bit more than being Home Affairs Minister. She has just completed her first term as Minister whilst being a Deputy. Why the sudden craving for being a Senator? You get all the same perks, unless that is, you are eyeing one of the two top jobs?

Lyndon Farnham as Chief Minister hahahahahahahahahhaahha F'ing Comical. His promotional video for Senator is something else. Like a trailer for Home & Away. Was expecting to see Alf Stewart make an appearance  over the sand dunes with a vote Lyndon t-shirt on.

The turn out will be around the 23,000 mark and could be even lower if it rains on election day and judging by the amount of rain that we have had so far it looks more likely than Stevie Ocean being the next External Relations minister…

On another note.The Ministers have been disappearing faster than an Deputy Pinel bra strap over the previous months - this has had everyone looking over their shoulder wandering what the hell is coming down the tracks.. I suppose we should all be careful what we wish for. Election after Election trying to get rid of the buggers and then they all just decide to do one. This has left me with a kind of Stockholm Syndrome wishing that some of them would come back.

I have decided not to vote in the 2018 election for reasons I will explain in the next posting.

When you click on the Vote.je States of Jersey Elections and you see the candidates it gives you a kind of uneasy feeling - Like walking in on your parents. Can it get any worse? Only time will tell.

As it stands the most powerful body in the States is the Constable Party. It will not be any different after the last vote has been cast. 10 uncontested seats. That is the power.